The Australian Government has used the delayed 2020 Federal Budget to commit to funding for several vital areas of hepatitis research, including pathogen genomics, prison-based interventions, and point-of-care testing. However, Australia’s hepatitis community has a right to view this commitment with some scepticism. 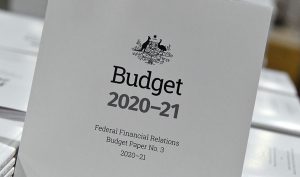 The current federal government has an unfortunate track record for making impressive funding announcements, and then, months later, making them again as though they were new. Sometimes this is repeated several times–the recent manufacturing funding announcements which garnered wide positive media coverage have now been announced multiple times, without the money yet being spent. Consider this summary from The Monthly‘s Nick Feik:

A plan for manufacturing is a great idea, for sure. It’s so great, in fact, that this is the fifth time in 15 months that he or Industry Minister Karen Andrews has announced one. In May and June this year, and on two occasions last year (May 2019 and Sept 2019), the Morrison government announced almost identical strategies. Last year’s announcement, for example, promised to create “1.25 million new jobs over the next five years” by co-funding investments in new technologies. You’d be right to wonder what happened to that strategy. And the others. The short answer is: very little.

Hepatitis Australia, the national peak body on viral hepatitis, is understandably concerned that the 2019 Health Budget funding for hepatitis commitments is yet to hit the ground, even as 2020’s announcements are made.

“We are pleased that this funding from the 2019 Health Budget still stands, however we are concerned that the majority of this funding is yet to be allocated. This is particularly concerning given the falling hepatitis testing rates since the beginning of the COVID-19 pandemic,” said Ms Fowlie. “Pathology testing data shows that there has been a decline in tests for non-COVID conditions, and in the case of hepatitis we understand that the numbers have not yet recovered.

“Recent data from the Viral Hepatitis Mapping Project shows that Australia is no longer on track to meet the nationally agreed targets outlined in the National Hepatitis B and Hepatitis C Strategies 2018-2022.”

“We urge the Australian Government to release the implementation funding under the National Blood Borne Virus and Sexually Transmissible Infections Strategies. This funding is crucial to ensure that Australia meets its 2022 targets and Australia’s commitment to eliminating viral hepatitis is realised,” said Ms Fowlie.

Hepatitis SA is similarly concerned about the reduction in hepatitis testing and treatment (see our cover story here about why now is the best time to act), and we are extremely keen to see all government funding commitments met so that the lives of those living with hepatitis in Australia can be improved.